"Carving out a career as a certified Generalist is a high risk/high reward gamble. Or gambol, if you will: my path since a Comparative Area Studies major at Duke (now International Comparative Studies) has taken a delightfully circuitous route, from microfinance in China to civil/military strategy in Afghanistan to nuclear security in Boston. And ICS could not have prepared me better, as the career of a global Generalist is built on the promise, “I can learn anything.” ICS, at its core, teaches us how to absorb the world around us, how to use a broad knowledge base as a reference point for mastering new opportunities.

"I chose Duke because of the ICS department; it was exactly the kind of major that I would have invented anywhere else. Each semester, with a motley course schedule that majored in political science and history and minored in “the kitchen sink” (everything from fencing to 20th century literature), I found myself weaving a cohesive tapestry out of class discussions that—on the surface—had nothing in common. I left Duke with a profound understanding of how to learn, how to listen, and how to gain insight into one subject area through the lenses of unrelated experience.

"I left college committed to international development, but with no idea of how to contribute without the practical skills of an engineer or nurse. I landed a job with HOPE International, a global microfinance network, less through any relevant background in finance than through the above-mentioned promise that “I can learn anything.” And I did: six months of donor communication gave me all the exposure I needed to prepare operational reports, from which I learned to extract narratives from the financial and performance data that represented the management’s priorities. I moved into the Programs department, I moved to China, and thus began 8+ years in a field that I hadn’t known existed when tenting in K-ville.

"Beijing was home for four years, during which the “comparative area” portion of my studies proved specifically useful. As Regional Director for HOPE’s programs in Asia, I had to understand how political and economic dynamics at country levels would differently impact what were supposed to be similar microfinance processes. My portfolio included Sri Lanka and Afghanistan, and this exposure to post-conflict development launched me into graduate school, where I investigated the use of development by the U.S. military in counterinsurgency contexts. Armed with a Master in Public Policy from the Harvard Kennedy School of Government, I subsequently returned to Afghanistan for two stints as Interim CEO for HOPE International’s microfinance program in Kabul.

"This retrospective narrative credits my stream-of-consciousness career with far more cohesion than it deserves. In fact, I have operated on the simple principle, “I must have a reason to say no to an opportunity.” Most recently, this has translated into starting Silverside Detectors, a technology company committed to helping governments slash the risk of nuclear terrorism. I’m learning again; it’s the thinnest thread of connection from Silverside to counterinsurgency to microfinance to Duke. But my ability to spin that thread, the ongoing career of a global Generalist, owes a tremendous debt of gratitude to the vision of the Duke International Comparative Studies." 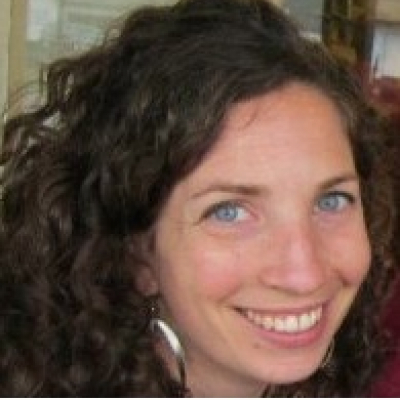